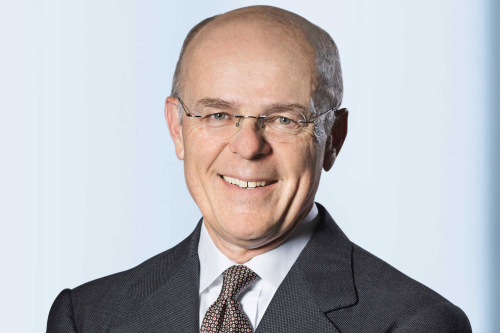 These economic losses have resulted in countless lawsuits and a great deal of negative energy (to put it lightly) thrown on the re / insurance industry, with some claiming the industry did not do enough to offset the financial losses associated with the pandemic cover. However, the industry has taken a stand against such allegations, stating that systemic events such as global pandemics cannot be paid for by the private sector alone.

Read on: Zurich weighs business against the sale of business books – report

“An event like a pandemic should be absorbed into society – publicly and privately [sectors]”, Said Mario Greco (pictured), Group Chief Executive Officer, Zurich, at Reuters’ The Future of Insurance USA 2021.” It cannot be passed on to the private sector alone sector [because] This is a global and non-diversified event that insurance companies typically cannot face alone.

“The way to deal with such events – and there are many others like nuclear disasters or cyber disasters – is to create a public-private partnership where insurance companies can contribute up to certain limits and also provide the skills to serve and solve customers [coverage] Problems. But some or most of the solution must be led by governments, societies and the public. “

Greco added that the blame for non-payment of pandemic damage to insurance organizations “begs us to do the impossible.” The economic losses associated with a pandemic event exceed what the global re / insurance industry can handle, especially in the interests of maintaining the industry’s sustainability.

“We have advocated these public-private systems with governments around the world – in the US, in Europe, everywhere – and I have to say without much success so far,” added the CEO, “but I still hope “That this will be possible in the future.”

When asked why public-private pandemic programs had met with little enthusiasm in the public sector, Greco blamed the misalignment between political agendas, political timing and social needs. As many countries around the world begin to see light at the end of the long COVID-19 tunnel, governments may be a little reluctant to spend public money preparing for the next pandemic, which may not come for another 20 years.

“Governments are typically short-term oriented,” commented Greco. “You have to do things now [and act for the] People who have now voted for them. I think their feeling is, “We won’t have another pandemic next year” […] I will go [preparing for the next pandemic] to someone else because it’s a very complicated thing. It could get expensive and lead to taxes or costs and prices having to be increased. ‘

“I think this is the emotional resistance to tackling the issue, but I think it will be very important [establish public-private protection schemes] because […] There are events that I hope will not happen in the next few years that will require it [partnership]. It’s not just about viruses; it could be other things, such as nuclear risks. As an insurance company, we generally do not insure nuclear energy. We can’t do that because every nuclear explosion will have an impact on the planet, not just one place. And as such, it is not insurable with us. Some cyber events can have similar characteristics.

“I therefore think it advisable to think about public-private protection systems. Should that be on a European, US or national level? We are happy to discuss any possible solution. But that would be very important for the future viability of these societies. ”

Delays for unemployment advantages persist, over a 12 months into pandemic

In a ‘Struggle for Expertise,’ Employers Maintain the Line on Well...