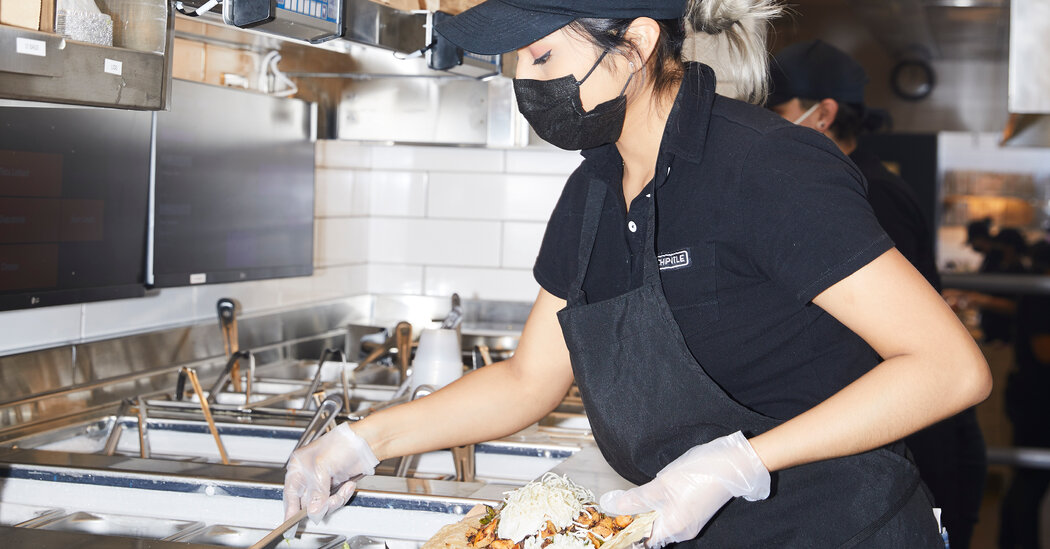 New York City said Tuesday that it had reached a settlement potentially worth more than $20 million with the fast-food chain Chipotle Mexican Grill over violations of worker protection laws, the largest settlement of its kind in the city’s history.

The action, affecting about 13,000 workers, sends a message “that we won’t stand by when workers’ rights are violated,” Mayor Eric Adams said in a statement.

The city said the settlement covered violations of scheduling and sick leave laws from late November 2017 to late April of this year. Under the settlement, hourly employees of Chipotle in New York City will receive $50 for each week that they worked during that period. Employees who left the company before April 30 will have to file a claim to receive their compensation.

The Fair Workweek Law enacted by the city in 2017 requires fast-food employers to provide workers with their schedules at least two weeks in advance or pay a bonus for the shifts.

The employers must also give workers at least 11 hours off between shifts on consecutive days or get written consent and pay them an extra $100. And the employers must offer workers more shifts before hiring additional employees, to make it easier for them to earn a sustainable income.

Under a separate city law, large employers like Chipotle must provide up to 56 hours of paid sick leave per year.

The city accused Chipotle of violating all these policies.

“We’re pleased to be able to resolve these issues,” Scott Boatwright, the company’s chief restaurant officer, said in a statement. Mr. Boatwright added that the company had carried out a number of changes to ensure compliance with the law, such as new time-keeping technology, and that Chipotle looked forward to “continuing to promote the goals of predictable scheduling and access to work hours for those who want them.”

The city filed an initial legal complaint in the case, involving a handful of Chipotle stores, in September 2019, then expanded the case last year to include locations across the city. At the time, the city said the company owed workers over $150 million for the scheduling violations alone. Advocates for the workers said civil penalties could far exceed that amount.

In addition to as much as $20 million in compensation, Chipotle will pay $1 million in civil penalties. A city spokeswoman said the settlement was the fastest way to win relief for workers.

The city spokeswoman said the city had filed more than 135 formal complaints under the two laws, and that many employers settle before the city can file a case.

Chipotle faces pressure over its labor practice on other fronts. Local 32BJ of the Service Employees International Union, which helped promptly the investigation at Chipotle by filing initial complaints in the case, is seeking to unionize Chipotle workers in the city.

Chipotle employees at stores in Maine and Michigan have filed petitions for union elections. The Maine store has been closed, a move that the employees assert was retaliation for the organizing effort. Chipotle has said the closing was a result of staffing issues and had “nothing to do with union activity.”