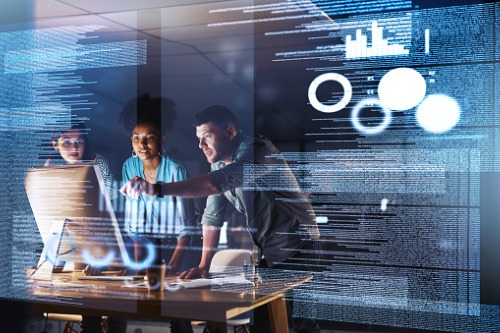 The global specialty reinsurer Canopius Group has announced the launch of its algorithmic underwriting platform Vave as managing general agency.

Vave, developed in-house at Canopius, began trading in May 2019 and has since listed more than 1.2 million risks at a premium of $ 2.2 billion. Vave MGA is expected to top the $ 100 million premium by the end of this year. As a digital platform with diverse capital, it is positioned for rapid and sustainable growth, said Canopius.

The MGA is headed by Marek Shafer, Jamie Martin and Rob Porter.

Vave has a growing US homeowner and monoline flood portfolio and will launch a commercial property product later this year. Its algorithmic pricing engine is tied to the largest brokers in the US wholesale excess line market so they can quote and tie risk in seconds.

“Vave’s tremendous potential was evident very early on, and as an MGA it can access the capital it takes to truly unlock it in terms of size and complexity,” said Shafer. “It is hyper-efficient for brokers and very effective from a capacity point of view with greatly reduced friction costs. Vave is not a game of delegated authority; In fact, it’s arguably the opposite as it brings underwriting back to London. “

“Vave is a new approach to high-volume risk hedging that brings clarity and efficiency to risk management,” said Mike Duffy, Canopius’ chief underwriting officer. “Vave was created because Lloyd’s demands exactly this type of innovation from the market. After three years of development and an extremely successful year in trading, we believe Vave is the future of Lloyd’s. By reducing costs and improving data accuracy through its digital processes, Vave is already demonstrating some of the key market ambitions outlined in Blueprint Two. “

Bitcoin (BTC) worth slides as US seizes most of Colonial ransom