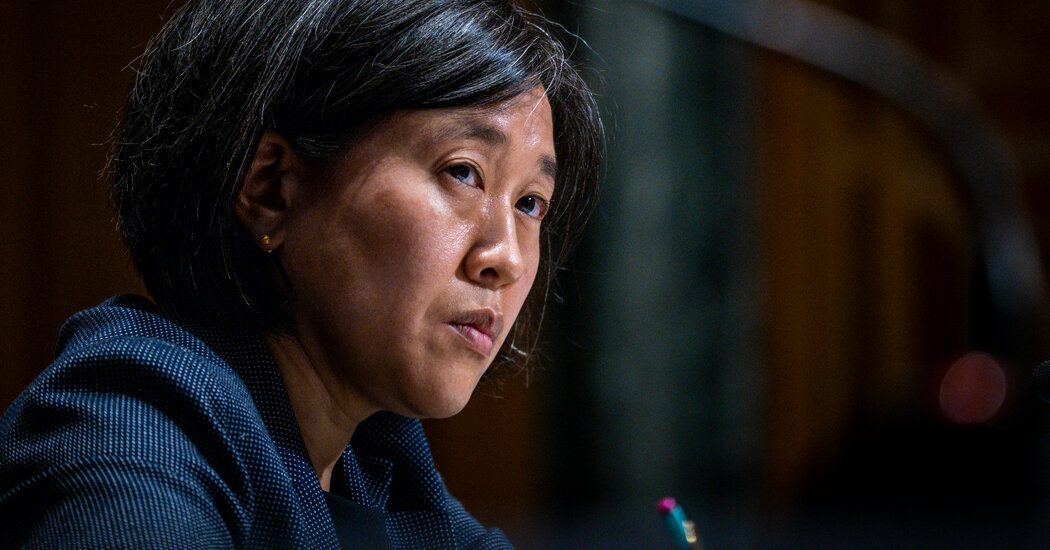 In a speech on Thursday, Katherine Tai, the United States’ sales representative, will stress that America will focus on protecting workers through trade policies and trying to get trading partners to raise wages, allow collective bargaining and end forced labor.

The speech, Ms. Tai’s first major political address, aims to highlight the Biden government’s goal of re-empowering workers and minimizing the negative effects of globalization, which has encouraged companies to move jobs and factories abroad in search of cheaper labor and materials to relocate.

It is less clear how the administration will achieve these goals in practice.

“For a long time our trade policy has been shaped by people who are used to looking at the macro picture – large sectors of the economy,” Ms. Tai said in an interview prior to speaking at an AFL-CIO town hall. “We have lost sight of the implications of these guidelines, the really real and direct effects they can have on the lives of ordinary people and the livelihoods of our workers.”

According to a copy of her prepared remarks, Ms. Tai will portray the government’s push as an attempt to correct decades of trade policies that put corporate profits above workers and help to undermine workers’ power in the United States.

“A worker-centered trade policy means addressing the damage US workers and industries have suffered from competing with trading partners who do not allow workers to exercise their internationally recognized labor rights,” she is likely to say. “This includes working against abuse of workers and promoting and supporting the rights that move us to decent work and shared prosperity: the right to organize and to bargain collectively.”

Ms. Tai will emphasize that the United States is already enforcing worker protection in the new North American trade agreement and is trying to curb forced labor in the fishing industry at the World Trade Organization.

On Wednesday, the Biden government made its second petition in a month to Mexico to see if workers at two separate auto plants had been denied the collective bargaining rights under the US-Mexico-Canada agreement.

“These enforcement measures are important”, Ms. Tai will say in her speech, pointing out that the aim is to “protect the rights of workers, especially those in low-wage industries who are vulnerable to exploitation”.

Last month the government tabled a proposal to the World Trade Organization aimed at curbing “harmful subsidies to fishing activities that may involve the use of forced labor, such as illegal, unreported and unregulated fishing”.

However, it remains to be seen how – or if – the United States will effectively push for stronger labor standards outside of North America. Ms. Tai’s speech does not directly say how the government will try to encourage some of its largest trading partners, such as China, to adjust their trading practices.

When asked about the plans for other continents, Ms. Tai said, “In any direction in which we have opportunities to formulate trade policies, we see opportunities to bring this worker-centered spirit into our work.”

With regard to China, she suggested working with other countries similar to the United States’ economic structure and partnering with allies to “create our more competitive base to compete for the industries of the future.”