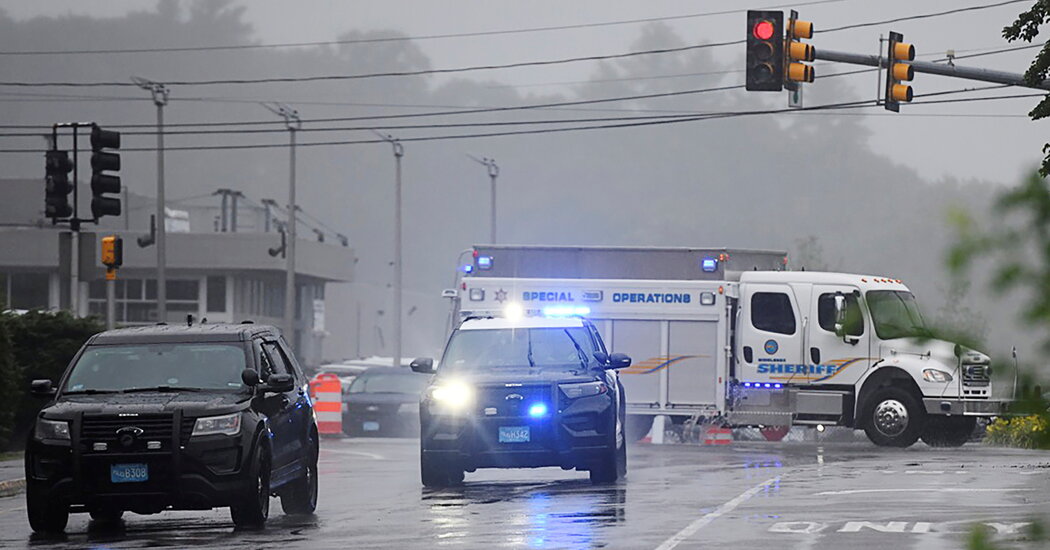 Eleven suspects were arrested Saturday after a prolonged roadside altercation between Massachusetts police officers and a group of armed men in tactical gear who claimed to be part of a Moorish-American group.

According to the Massachusetts State Police, a state trooper stopped at around 1:30 a.m. Saturday to check two vehicles that had stopped on the Route 95 emergency escape lane in Wakefield. The men filled their gas tanks with their own fuel, and they appeared to be carrying military tactical equipment and weapons.

Col. Christopher Mason of the Massachusetts State Police said the soldier asked for assistance when the group failed to provide the requested IDs and gun licenses.

The distance eventually moved to the forest line on the interstate without any gunfire being fired. At around 10.15 a.m., the police arrested nine of the men involved. Two suspects were arrested earlier at around 8 a.m. All men surrendered without incident, Colonel Mason said, and “a number” of firearms were confiscated.

“I attribute the successful solution to this problem to patience, professionalism and partnership,” he said. “At the end of the day, we have the desired result, which is a safe solution.”

According to Colonel Mason, the men involved in the stalemate say they are part of a group called the Rise of the Moors. They describe themselves as “American Moors devoted to educating new Moors and influencing our elders,” according to the group’s website.

“Your self-proclaimed leader really wanted to know that your ideology was not anti-government,” said the Colonel. “Our research will give us more insight into their motivation and ideology.”

He said the group was heading from Rhode Island to Maine for “training”.

“We are not anti-government,” said one man early Saturday morning in a livestream on the group’s YouTube channel. The man, who wore military clothing, said the group stopped to refuel their cars with jerry cans to avoid “unnecessary stops” while they were carrying firearms. The man also said they were traveling to “their private land”.

“We are foreigners,” called another member of the group from the background.

According to the Southern Poverty Law Center, a Moorish sovereign civic movement emerged in the early 1990s. It is an offshoot of the anti-government movement for sovereign citizens, which believes that individual citizens have sovereignty over the authority of federal and state governments and are independent of them.

It is unclear what connection the rise of the Moors could have with this movement.

Gallagher reveals all on CEO compensation

Because the Tempo of Vaccinations Slows, Biden Makes a Private Enchantment